Etiquette in Japan from Abroad in Japan

This new video that Chris made was pretty accurate… and being I’ve been living in Japan for awhile in the Southern part of Japan. Chris lives in the Northern most part of Japan so, I thought I’d cross examine these 12 no-no’s in Japan. To be fair, he got them pretty much all right on the head and the ending advice is something to take home when deciding to visit Japan. So here is what I see compared to what he pointed out as well as some interesting stories… If I have them for the specific etiquette. 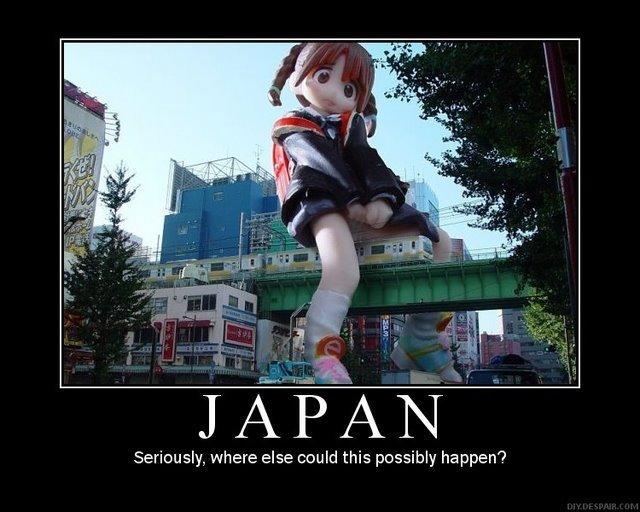 #1 Don’t eat or drink while walking in Japan

My response: Although I sort of knew this one when I first came here, I’ve eaten and drank while walking many times in public without anybody giving me any bad looks, I constantly drink a beer walking down the street, in fact I feel rather at home and at peace about it. But despite knowing this and having done it several times myself I got TONS of BAD looks when my wife and I decided to sit off to the side near a building one day and eat lunch real quick… We had more bad looks then any other time since we’ve been here, I looked around afterwards and we were not in anyone’s way, there was no grave stone behind us or anything saying to not be in the area…. Till this day I still wonder what the hell we did to piss people off. So it goes to show you, you can know all the etiquette in the world here (or think you do)… You may get that look still anyway.

My response: The big chopstick no-no’s… I only once stuck my chopsticks into rice ONCE. I was at a place eating gyumeishi with a friend and my wife, of course I was drinking and did it anyway, despite “knowing” about this etiquette, I felt a bit bad, but nothing happened from it, nor did anyone notice besides my friend who quickly snapped at me about it. 😛 Damn booze, getting me into trouble. You can read a bit more about these Chopstick Etiquette Guidelines of Japanese here.

My response: I actually knew this before coming and I love this part of Japan. But I do have a story around this. I went to an Izakaya with a friend 6 months ago (2017 Julyish) and he was lets just say, not really suppose to be drinking, but we all ended up doing nomihodai (here are some etiquette tips about Nomihodai), and we drank for awhile, it was fun… for awhile… then all of a sudden this friend passed out on an empty plate and threw up all over the table, we got him up and to the bathroom, then he came back and did it again. That was our, better get the hell outta here now barf and while we were leaving everyone that was in that group decided to try and “soak” up the barf with tons of napkins, well, that was really fucking nasty and I felt bad knowing that these poor waiter gals were going to have to clean up all this dudes barf. I tried my damnest to give them something extra despite knowing they wouldn’t. I also successfully did the deepest and longest bows of my Japanese “life” ever, I felt horrible about it.

All they said was…

“Come again soon!” … with a pasted smile… Thing is, I could never face them again, but a few of those friends actually did go back. I suppose that’s the way to “tip” if you feel you need to, just go back.

You can read a bit about Japanese Bowing Etiquette here.

#4 Using your phone in public transport

My response: I’ve never done this as I don’t actually use a phone here in Japan… Weird right? Well, I can’t stand how people are lost in there little worlds here with their phones, they have signs saying “LOOK UP”, of course 1,000s pass by daily and do no such thing.

But one story I have about this is when I was getting on a JR line it was really empty, so my wife and I are sitting up front to watch the oncoming tracks. Then we stop at an Eki, and this guy comes on (Japanese) with his phone in his hand, was finishing up his call and he was fairly quiet. The conductor told him to stop using it, and the guy was trying to finish up and the conductor came back and about grabbed it out of his hands… Scary little guy. I’m not sure what to think about what the hell happened there, but the guy on the phone was even in shock.

Here are some Japanese Train Etiquette tips so that you appease the Japanese train conductors. <- (The 8 Mortal Sins of Train Riding)

#5 The importance of business cards

My response: I’ve known about this and it makes me awkward as hell when someone gives me a card. Although I remember my cards, I still freak out when people give them to me.

#6 Blowing your nose in public

My response: I’ve seen several Japanese indulging in this activity, but of course most do not. Me? Being an American, I just kind of don’t care (as much) and do it if I need to, of course I avoid it in super crowded places like a train, but if I’m on the street I will go on the side and do it, I try to meet etiquette half way at least if possible, but sometimes… I mean, c’mon it’s like hanging out anyway, lets just finish it!

My response: I’ve noticed not much touching here when first meeting people, but by golly jeewhizz, you get some alcohol in them and they’ll be hanging off of you like a monkey in a tree.

My response: Well being my Japanese is sub-par most of the time it would be hard for to be like this with most Japanese people and then even when I’m in the thresholds of “mastering” this language, I think I’d still find it a bit hard to do this. My opinioned-ness comes from speaking English really loud when I’m pissed about something.

But yesterday I kind of came up with a slogan about Americans vs Refugees flooding Europe… and yes, yes. It’s a horrible thing to pick and make jokes off of (I blame the booze I was drinking while walking), but I felt it appropriate… “We don’t rape, we just agitate”… 😐 yep. NEXT!!

#9 Taking off your shoes in Japan

My response: I got busted doing this ONCE, the first time I enter my shared house when getting here. Other then that, it’s pretty easy to remember, no big stories here like Chris’s.

My response: It’s true there are very very few places to toss trash… but I see trash all of the place still here in Fukuoka, (<-check out the gomi rules here of Fukuoka) and I can tell you right now, if you own a Jidouhanbaki… A vending machine.. You better provide people a way to throw trash away, because Chris is right a lot of people will drink whatever right there and then throw it away, if there is no bin… people start stacking it all over the place around it.

My response: This is the point that made me want to do this post as I posted my response already on this video in comments — I do this ALL the time! I see tons of people doing it here in Fukuoka… maybe that’s why it also has the highest rate of people getting hit by cars? … Hmm odd. Perhaps then, this is also the reason there are more “drunk” driver auto accidents here too? Perhaps they all get caught from hitting people crossing at red lights? Hmm… fascinating!

#12 Don’t worry about knowing the etiquette

My response: You will be given TONS of leeway here… except if you’re eating an obentou off the side on a building curb… then you’ll get death stares. So relax, you’ll learn or you’ll get the looks.