5 Things About Tokyo You May Not Know 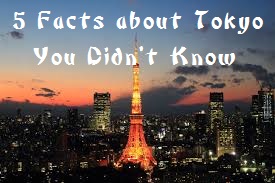 I did a little digging today to learn something about Tokyo I was unaware of. Here are a few things I took out of today’s research about the mighty Eastern Capital!

1. Tokyo use to be Called Edo

It started as a small fishing village, first migrated to and settled in 3,000 BC.

Edo continued to grow in Japanese society because of it’s role as the main center of power for the Tokugawa shogunate, which happened to rule the country for around 250 years until 1868. This area was called the Edo period while it went through great change in cultural and economic growth.  By 1720 Edo had more then 1 million people living in it. Thus, making it one of the larger cities in the world. Edo changed to Tokyo (which means Eastern Capital) around 1868 when the shogunate period came to a hault and a new emperor, Meiji moved in to Tokyo.

But it’s interesting to note that it’s not officially ever been noted to be the ‘ACTUAL’ capital of Japan. Kyoto has been said to be more of the official capital of Japan over the years. 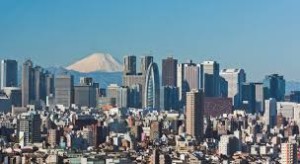 2. Tokyo Houses More People Than any Other Area Like it in the World!

Tokyo houses around 35 million people inside it’s grasp. More then 13 million reside inside the city center. The city spreads out for more then 5,000 square miles and has been divided into smaller self governing sections over the years. Which include 23 ‘special wards’ that create the inner core of Tokyo, 36 smaller cities, towns and villages and a line of far off islands.

But interesting to note with all the area Tokyo has and being one of the most densely populated cities around, you’ll find it interesting that more then 1/3rd of the bigger metropolitan area has been designated as parkland under the protection of the Japanese political structure.

3. Tokyo is Home to the Oldest Monarchy EVER.

The Japanese Monarchy dates from around 660 BC. The imperial house of Japan has homed over ‘One Hundred Twenty Five!’ monarchs. They’ve been placed on what is called and known as the Chrysanthemum Throne.  In 2005 a panel recommended removing the laws restricting monarchy to just men. Obviously nothing since then has happened.  The current emperor of Japan is Akihito and he stepped into the throne in 1989.

Fun fact about Japanese Emperor’s. They are never allowed to eat Fugu fish! 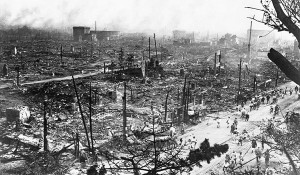 4. The Earthquake that Destroyed Tokyo

On September 1st 1923 a monster of an Earth Quake hit Tokyo, hitting 8.4 on the Richter scale, it hit around 30 miles south of Tokyo and unleashed a gigantic burst of terror that damaged both Tokyo and Yokohama. This was called the ‘Great Kanto Earthquake’, it destroyed nearly 50% of Tokyo and killed more then 135,000 people.

Which single handedly makes it the most deadliest natural disaster in Japans history at that time, and it’s second only to the Tohoku earthquake hit back in March 11th 2011. Interesting fact to take to mind about the Tohoku earthquake is that afterwards more then 5,000 Koreans were murdered as the Japanese ‘heard’ rumors about Koreans looting (which were never truly verified). It’s thought they also killed them because of the still touchy 1910 annexation of Korea. Either way, it still shows that things that happened over 100 years ago can still affect peoples attitudes when there is great stress and trauma.

Over all I witnessed more working together then ever before. But it is interesting that, that would still happen. 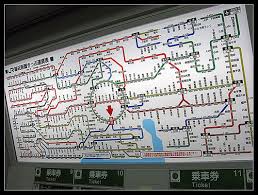 5. The Bustling Metro System in Tokyo

Tokyo first opened their metro system back in 1927. The mass transit system of Tokyo is the busiest bar none then any city in the world. 9 million commuters traverse this transit system daily and 3 billion annually.  Interesting fact, there are employees called oshiya (“pushers”) whose jobs are to actually push more people into the train cars.

There are some really great Japanese shows and movies that have a lot of great historical facts inside them be sure to check out the ever growing recommendations.