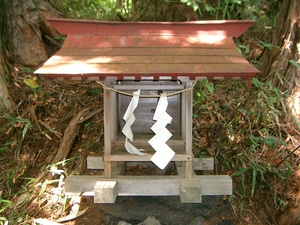 The History of Marijuana and Hemp in Japan.

Marijuana and hemp laws in Japan are quite stringent. You could be served with a 5-year jail term if you are found with Marijuana or if you are growing it. But what was it like before the laws in Japan changed?

Marijuana in ancient Japan was considered a subculture. Marijuana and hemp have been at the heart of every culture in ancient Japan. The traces of marijuana including woven fibers and seeds were quite common during the 10,000 and 300 BC. Marijuana and hemp were also used to make fishing lines, bow stings and prehistoric paintings in the country. Marijuana was grown in ancient Japan up to the twentieth century. Growing of the crop was a round year cycle with the planting of the seeds happening in spring and harvesting in summer/fall. The stalks were then dried carefully, soaked and turned into the quality and strong fiber.

In ancient Japan, wearing clothing made of hemp fiber was something to be proud of. Historic hemp was the most valuable and abundant crop in the country. This is not only for its low cost of growing and caring for the plant but also for the benefits it offered. The ability to turn hemp into fabric made it highly valuable. This includes fabric for making hemp skirts, shirts, pants, ropes, ship sails and hundreds of other types of uses.

Hemp was also largely cultivated in ancient Japan especially in the districts of Shimane, Tochigi, Iwate, and Hiroshima among others in fact there is still a hemp culture in Japan, despite it now being highly regulated. Generally, the plant grows well in mountain valleys and on the interior plains and other cool places. It was cultivated as a food source and its course fiber. You will find marijuana and hemp (Cannabis Museum) in Tochigi, known as Taima Hakubutsukan that was established in 2001, by Junichi Takayasu (Facebook) (Wikipedia), a cannabis historian.

Scrolls were also some of the common hemp products in Ancient Japan. The plants were equally a great feature for the Japanese culture and it played a significant role in the country’s agriculture and culture. Many people also used marijuana before undertaking their daily chores in the country, this was seen as normal and created a feeling of balance and focus depending on the strain type smoked. This included Japan’s oldest poet, Manisha who had poetry collections and other artistic features such as acrobatics. Since the history of Japan, acrobats would use marijuana to hone their skills.

Similarly, smoking marijuana or eating hemp food products was closely associated with healthy growth in ancient Japan. It was deemed an excellent crop that helps you to grow tall. It became quite common that marijuana songs were introduced in schools especially in the 18th century because of the importance of this plant and what it had done for the Japanese throughout history.

Also, marijuana in Japan was highly celebrated because of its cleansing features in the country. It was considered a religious herb and played a major spiritual role in Shintoism, an ancient Japanese religion. Hemp and marijuana were therefore used to help venerate perfect harmony and for cleansing or purification purposes. Spiritual leaders used the herb to exorcise bad and evil spirits. There is a very interesting past of the ancient Japanese using cannabis in their history.

The plant also signifies purity even in weddings in ancient Japan. Brides who wore vines made from the marijuana plant were seen as pure and holy. Today, it is with no doubt that there are still taima (marijuana) ceremonies in Japan, held at the Isa Jingo in Mie Prefecture, Japan’s most sacred temple. Five annual ceremonies are held at the temple as a dedication to the country’s goddess despite the current demonetization of hemp and marijuana.

Undoubtedly, hemp and marijuana was quite a valuable and legal plant in ancient Japan. This was until General Douglas MacArthur removed its rightful usage after WWII when US troops occupied Japan. General McArthur guided the American troops who occupied most parts of the country and ruled its supreme court after atomic bombs wiped out Nagasaki and Hiroshima. McArthur was surprised that the plant that was banned years ago in the USA but Japan allowed it to be grown in such abundance. He imagined what would happen if the troops smoked marijuana and worked on a control act that is still in force to date. At least that’s what we are told he was worried about, the truth is mostly like not as black and white.

McArthur Cannabis Control Act demonized marijuana and hemp, a prohibition law, saw the enacted of harsh penalties for anyone found with marijuana in the country. Marijuana was banned because of McArthur argued that it had harmful amphetamines, and it is a drug stimulant. With Japan’s conservative culture, it was easy for the law to be enforced because many citizens believed that marijuana is a drug and hence, it is illegal to grow it or to distribute it in any way.

Even though Japan regained its independence many years ago, the McArthur Cannabis Control Act is still active. You can read more about General McArthur and the Japanese constitution here.