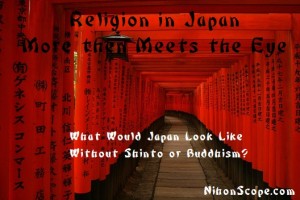 What exactly is happening spiritually in Japan? Is there something that we Westerners can learn from Japan?

As I have for at least half my life now, I’ve been researching religion in all forms. I’m no stranger to the ideas of religion and the golden thread that is present within all major and minor beliefs. But despite whatever you and I think of religion here in the West, Japan has a very flexible and moveable reins which the Japanese can move when it comes any changing tides in their country, be it political or natural. The major religions of Japan are Shinto and Buddhism, but there is also small signs of Confucian, Taoism, Hindu, Islam, Christianity and Catholicism (only about %1 follows Christ in Japan). 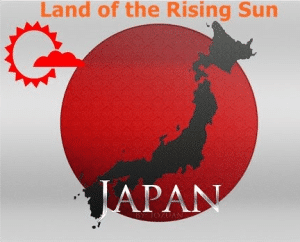 Instead of 7 days and 7 nights of creating the world it’s said in Shinto that after the creation of Heaven and Earth two kami (gods) were instructed to create a series of islands which soon became known as the land of the rising sun! These two kami were Izanagi and Izanami, and as they stirred the oceans the islands of Japan started to form.

But, beyond mystical kami that were instructed to create islands, this religion of Shinto has been said to be actively being practiced since the Joman period (14,000 – 300 BC). It’s very likely as religion does in Japan, it changed it’s mask to fit with the times at hand. In 600-800 AD written text begun to appear speaking about Shinto and the Imperial Family and the rites they took while practicing Shinto. But what exactly is Shinto?

Shinto can be best explained as a similar belief that the American Indians (or the Ainu People) have/had. Everything has a place, has an energy or a kami/god. Instead of just praying to one god as Westerners are so use to doing, Japan and the Shinto religion takes praise to all sorts of gods. You can find all sorts of these Shinto shrines across Japan, in fact there is said to be somewhere around 80,000 shrines in Japan, many simple shrines in the middle of a forest or near a river.

Buddhism in Japan is also a very affluent religion as well. It said to have arrived around in the 600’s AD in Japan and at first was rejected, soon there after it was accepted, but a great tragedy happened soon after, and it was said that the kami were rejecting this new belief, but even despite this horrible beginning, Buddhism took root in Japan and soon intertwined with Shinto. Many shrines across Japan have both Buddhism and Shinto rituals, statues, architecture and priests within the same compound. Although during the beginning of the Meiji Period (1869) Shinto was claimed to be the ‘State Religion’ in Japan and Buddhism was attacked and soon many newer shrines of Shinto would no longer collaborate with Buddhism ideology or effigies inside the shrine, although still the Japanese people carried Buddhism along any how despite the efforts of a group attempting to wither it away slowly.

Japanese people tend not to have titles when it comes to religious affiliation, instead it’s quite natural to mold into whatever is happening around them, be it Buddhist in nature or Shinto, the Japanese culture is mixed with both sides of this religious coin through private worship to popular festivals. But besides getting into the extreme details of these different religions and the whose who, I’m going to break down my beliefs that surround these ideas and how they became so popular in Japanese culture and maintain themselves, and perhaps it will sound spiritual to you, if it does, it’s meant to as I feel there is something bigger happening then meets the eye with these beliefs. 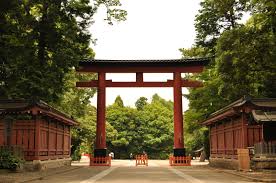 The more I research about these people the more I realize that these communities of belief were created long ago, and for a very long time in Japanese history they fulfilled a purpose of bringing people together in the search for meaning in life (and still do). Life is fragile and we all have had the feeling of a more powerful energy present in our lives, it’s natural that religion of any kind arrives because of this universal feeling everyone has had at one time in their life, but these two beliefs (Shinto and Buddhism) merged so well that it’s easy to see that a destiny or fate pulled these two paths together and is the reason they are so hard to separate after being interwoven.

Between cleansing rituals of the Shinto and becoming one with all in Buddhism, there is a infinity that surrounds the soul when one is cleansed and then given an idea of that all is one and that appreciation is a main key factor of health, wealth and joy in ones life. I’m personally one who has played with both sides of these ideas and I’ve come to say both of these beliefs have drawn a line of science and belief into itself. 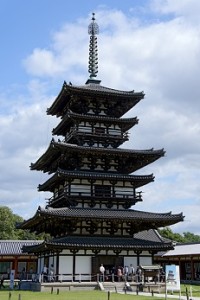 For example there is a new age belief called ‘The Law of Attraction‘ which is being constantly activated as the Japanese people practice these beliefs and ideas in their life. The LOA is simply what you think about and believe is what comes about (which is even taught in Christian scripture) and I truly know for a fact the mass practice of these beliefs are creating some miraculous results that are affecting the world, be it seen as good or bad, these results are furthering the evolution of man kind.

Japanese people can be said to be some of the most healthy people in the world for many reasons beyond just their highly nutritious eating habits. It’s the idea of being cleansed, being purified, being apart of All, having compassion for others, as ‘others’ are really just them, you or I anyway. Beyond just the ideas of religion or spirituality, I truly believe that these are meant to help keep the Japanese people sane and healthy (It’s Like a Massive Placebo Effect if you Will). What I mean by that is that, we humans are naturally hunter and gathers,  it’s a fact, and with that we are meant to only live in tribes of maybe 100 people at any given time. The Japanese people live in a place where all their human instincts are telling them something is off. So being able to practice these beliefs and use festivals of these ideologies to instead overcome the over thinking of the mind and to come together as a community is another socially evolved resolution to the crowding of the people of Japan.

I truly believe that there is a collective mind that humanity draws from and I don’t think that these ideas came together by accident. Inside all of this something was created inside their society because of religion in their lives. This, I believe is transferred as a quiet serenity towards the life that was given to them, a peacefulness and appreciation and respect for others in the very same small spaces they find themselves at times. I truly feel that if something like Shinto and Buddhism were not apart of the Japanese culture, they would have been much more aggressive then they have been, not just with other countries but within their own country, between each person. Now, don’t get the wrong idea here, I’m not saying the Japanese are completely free of human faults, in fact there is quite a few still left obviously, but I’m attempting to point out, these subtle customs that were past down throughout history from father to son or mother to daughter that has created a more cooperative society that instead works more so through synergy. 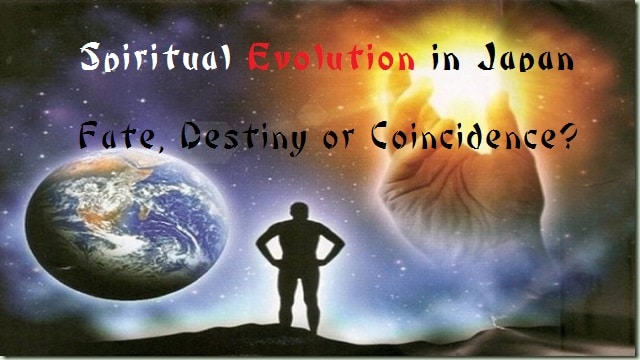 From hierarchical family customs, to how children in school are treated and taught to how the State of Japan supports so many different festivals and events to bring one another together.  These are all benefits of these two beliefs that have been so dominate in Japanese everyday life. I can say with great clarity that if these beliefs were to not have fallen in the lap of Japan, Japan would look and feel very much different then it does today, and I firmly believe it would not be a civilized society like it has become, I do not believe it would have ever had a period of restoration or economic growth without these underlying ideas from Shinto and Buddhism.

The world of Japan without compassion, appreciation and respect would be a very disorganized place!

So thank Buddhism and Shinto for the best parts of Japan! And although the political scene of Japan is being manipulated through these religion (as is not uncommon for the rest of the world either), I certainly feel there is more good happening because of these beliefs than anything the government could ever do to subjugate the public into something that would be harmful. As said before there is something higher than the words of man directing the influence of the world and Japan is no stranger to that idea/fact.