The 60 Days Challenge Before Going to Japan + Update 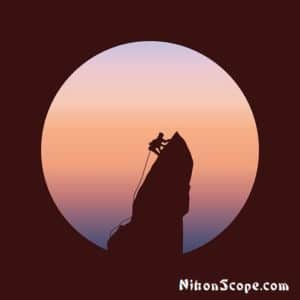 So we are about 60 days out before we take off to the land of the moon people. My friend likes to call Japanese moon people – it’s not my thing but seem suitable at the moment for some reason. With that said I’m looking to double down (coupled with music video below the article at the bottom) and start blasting out much more research for the coming two months. I’ll also be adding some Japanese music into the music section under Japanese entertainment, so look for that. For now this counts as one, but to be fair I’ll add in an update about our travel plans, as well some things you’ll want to know before moving to Japan to go to school. Remember you can always contact us here or on Facebook for help with choosing the right school and accommodations while in Japan.

Moving forward we’ll also be doing more practical research that will benefit us instead of just pure curiosity, but there will still be some fun stuff. Tomorrow I’ll be posting about Japan’s Fat Tax, not really practical as it wouldn’t affect me until I was about 50ish anyway, but I already have some of it started, so I’ll finish it off. If you’re new to Nihon Scope be sure to follow us on Facebook as we always post new stuff to Facebook… We also have about any other social profile you’d want to use, just search us ‘Nihon Scope’.

During the 60 days my wife and I are going to be going through the follow resources for learning Japanese:

Recently I was given some instructions and the instructions said it would be wise to learn some Kana (Hiragana/Katana) they recommended these resources, I think I’m already ahead of the class being I learned Kana about 3 years ago:

There was one other one, but for the most part, I think iknow.jp is okay, I wish there were a bit more a free use of the program. You get 5 lessons for free then it’s $10/m, I pay that much for WaniKani and honestly as much as it upsets me at times I believe it to be the best way to learn to read Kanji. Marugoto I’ve only skimmed, but Marugoto means wholly/entirely, so by it’s name I’m thinking perhaps it does a good job showing off the Nihongo goods.

If you’re looking to jump into bed with another agency to help you choose a school then you’ll want to ask a lot of questions before pulling the trigger. We recently were told we had to fend for ourselves when it came to accommodations (when they told us in the beginning they would help – the agency we used), up until this point most things have been pretty smooth, although we did almost get throw off the boat after they said we were cleared with the school, after they came back from winter break they then told us we were not approved, it took about a 6 hour back and forth with this agency one night to get everything cleared, and were good now, they at least rectified that challenge so points for that. (If you want to know who this agency was contact us)

BUT, now the challenge is they said at least they don’t help with accommodations in Fukuoka, to be fair they pass you on to an English speaking real estate company, but when you’re moving to a new country, you’re not of course going to be bringing a bed with you, and furnished apartments in Japan are PRICEY, but we’ve been looking at a lot of Chuuko (second hand stores) and it looks like it’s affordable to buy everything you need (Once you get there), it’s just a lot of stress to get everything set before you even step in Japan!

So we’re looking to this specific shared housing company called Ridori Factory – Discover Meinohama South next to the Hakata ward in Fukuoka (specifically in Chuuouku, Fukuoka), they will allow my wife and I to share a room and we’ll be about 25 minutes away from the school by train. About 40-50 minutes by bike.

UPDATE: We ended up going with Sharely Style Verde in Oonojo, Fukuoka.

So just make sure you ask them over and over again if they’ll be able to help you in your situation, we know our situation is quite different then most people that will ever move to Japan and go to school, but I’m sure we are not the only ones to have ever done this before.

UPDATE: We now of course do not recommend the agency we went through and over the last couple years have learned how to help other possible students get the help they need! So again contact us if you need help.

Now we are waiting for our COE (Certificate of Eligibility) sent to us so we can go to the Japanese Embassy and get our visa confirmed later in the month. We did also already buy our plane tickets. We were recommended to use Skyscanner to find cheap flights. We were able to find 2 tickets for $1,300. We’ll be flying into LAX, then into Taipei Taiwan, then into Fukuoka in the first days of April, school starts on the 12th.

UPDATE: That was a good recommendation and we had a GREAT flight to Japan.