Hidden Costs of Traveling 5 Tips to Keep in Mind 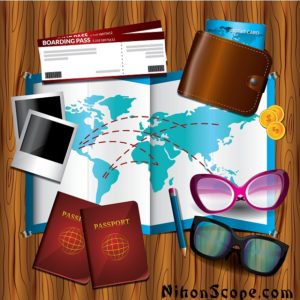 Getting Cheap Tickets is Nice But Are They Really Cheap?

If you’re thinking of moving to Japan (or anywhere across the globe) for school or work or even just to travel then there is somethings you should know. If you are traveling to go to school or for work you’re most likely going to try to pack everything you can think of when moving and for the most part it’s a good idea. But you might want to know some secrets of cheap flights to places like Japan.

My wife and I recently just made it to Japan and we flew from Colorado DIA to LAX (Los Angeles) and then LAX to TIA Taipei (Taiwan) then Taipei to FUK Fukuoka, Japan. Thing is we started off with a cheapo flight by Frontier Airlines in the states to travel to LAX we then had to recheck our baggage before getting back on the plane because of a 13 hour layover. Then we traveled to Taiwan by China Airlines and then again took China Airlines to Fukuoka.

So here is where the first step comes in:

Why? Well we quickly found out, yes they did note that bags shouldn’t be over 50 pounds and we’ll get to that a bit more here in a second, but you need to CALL your airline you are using to make sure how many bags you can check on and how many personal and carry on items are allowed before fees. We used a service called Kiwi and they were totally wrong! We could only have 1 single carry on, the e-ticket from Kiwi and information they gave us said we could have a checked bag, 1 personal item and a carry on. Well needless to say that $200 ticket for both of us was jacked up to $290 for our carry on bags and checked bags.

So as you can guess, you do NEED things going half way across the world and the airlines take advantage of that, so don’t be fooled by cheap prices. For those going to Japan, A LOT of things can be repurchased for peanuts at local 100 yen shops. 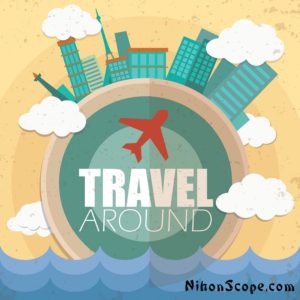 3. Take note of tip 1 again, because once we got to LAX and had to recheck our bags we would have had to pay for 4 different bags, even carry on.

This happened when getting checked in to China Airlines. Each carry on turned into a checked bag, and thankfully the man we checked out with on China Airlines was nice enough to give us a pass on all of them, otherwise it would have been another $300 for all our bags even though a few of them were carry on bags from before.

So we paid around $1,300 for both tickets when we initially purchased it. It would have quickly been pushed up to $2000 for our tickets after baggage fees if we were to have to pay all the fees.

Bonus tip #6: Make sure you give yourself plenty of time to pack. Having to pack to travel across the world is stressful no matter when you do it, but it’s worse if you do it the night before you’re leaving.