Nature provides an anti-cancer molecule found in rice bran that exceeds the effectiveness and safety of most anti-cancer drugs. Yet it goes unutilized by modern medicine.

Most drugs are modeled after molecules found in nature. Nature’s molecules are then re-arranged so as to acquire a patent. Pharmaceutical companies can then justify the expense of conducting studies to prove the safety and efficacy of their pharmaceutical compounds. But frequently, nature cannot be improved upon. This is the case in regards to rice bran extract

Given that tumor cells utilize iron as a primary growth factor, cancer researchers are searching for a drug that would be able to attach to (chelate) iron molecules and remove them from the body, thus producing an effective anti-cancer drug. Researchers at Wake Forest University Health Sciences state that “iron chelators (pronounced key-lay-torz) may be of value as therapeutic agents in the treatment of cancer. They may act by depleting iron, a necessary nutrient, and limiting tumor growth.” [Current Topics Medical Chemistry 4: 1623—35, 2004]

Another report says: “There is therefore an urgent need for an orally active, inexpensive iron-chelating drug, because the only currently available iron chelator cannot be administered orally, is expensive and side effects have raised doubts about its safety.” [Hoffbrand AV, Current Opinion Hematology 2: 153—58, 1995]

The primary iron chelator utilized in anti-cancer studies, Desferal (desferrioxamine), can retard tumors. [Buss JL, Current Medicinal Chemistry 10: 1021—34, 2003] However, Desferal has a modest effect because of its poor ability to get inside tumor cells and remove iron. [Richardson DR, Critical Review Oncology Hematology 42: 267—81, 2002]

Adriamycin (doxorubicin), an antibiotic drug often used for cancer treatment, is an iron binder. One of the major drawbacks of Adriamycin is that it often results in severe damage to the heart. In certain circumstances this drug can release iron from its storage protein (ferritin), resulting in heart damage. [Thomas CE, Arch Biochem Biophysics 248: 684—89, 1986] The beating force of the heart is reduced by 50 percent with Adriamycin. [Husken BC, Cancer Chemotherapy Pharmacology 37: 55—62, 1995] Even if Adriamycin cures cancer, the patient is likely to die of a heart problem.

Recently, an oral drug that can remove iron from the body was introduced. Ferriprox (deferiprone) is the world’s first and only orally active iron-chelating drug, which is effective and inexpensive to produce, but has similar toxicity to other chelating drugs. [Kontoghiorghes GJ, Current Med Chemistry 11: 2161—83, 2004]

I’ve gone to the trouble of citing these many scientific reports to make this undeniable statement — that iron-sequestering molecules are currently utilized to treat cancer and less toxic iron chelators are being sought. Many of the drugs and alternative therapies for cancer already involve iron chelation.

Nature’s most effective iron-chelating molecule is inositol hexaphosphate (IP6), found naturally in seeds and bran. IP6 is a selective agent against cancer cells. Because cancer cells are high in iron content, IP6 directs most of its attention to abnormal cells. IP6 selectively removes iron from tumors cells, which deprives them of their primary growth factor. IP6 does not remove iron from red blood cells which are tightly bound to hemoglobin. Unlike cancer drugs, healthy cells are not affected with IP6, so IP6 has very low toxicity. [Deliliers GL, British J Haematology 117: 577—87, 2002]

There have been numerous lab dish and animal studies that conclusively prove IP6 is an effective and non-toxic anti-cancer molecule. But the National Cancer Institute has never seen fit to conduct a human trial even though IP6 made it on a list of promising anti-cancer agents. [Fox CH, Complementary Therapy Med 10: 229—34, 2003]

As an alternative to chelating drugs, IP6 has been shown to desirably alter the expression of proteins produced by the p21 and p53 genes that control cancer growth, but goes unused as a cancer treatment. [Saied IT, Anticancer Research 18: 1479—84, 1998]

While Desferal, an iron-chelating cancer drug, has a modest effect because of its poor ability to get inside tumor cells and remove iron, IP6 is found in every cell in the body and is essential for life. By virtue of its ubiquitous presence in living human cells, it is non-toxic. [Richardson DR, Critical review Oncology Hematology 42: 267—81, 2002]

In 2001 Food and Drug Administration researchers reported that 8 of 12 chelating agents tested were mutagenic (caused gene mutations). Among the four non-toxic chelators was IP6. [Whittaker P, Environmental and Molecular Mutagenesis 38: 347—56, 2001] 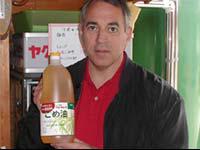 The obvious choice among available iron chelators is inositol hexaphosphate or IP6. IP6 meets all the requirements for a safe iron chelator to treat cancer. It penetrates inside cells. It is non-toxic, inexpensive, and very effective. It’s just not a drug. 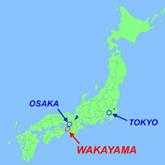 In my many investigations involving cancer cures I traveled to visit the Tsuno Foods & Rice Company of Wakayama, Japan (near Osaka). This company sends trucks to rice processing plants in Japan to pick up rice husks. From rice bran, Tsuno Foods extracts many useful nutrients such as inositol used in baby formulas, tocotrienols used in dietary supplements, ferulic acid, a natural sunscreen agent, rice bran oil (which has twice the antioxidants as virgin olive oil), and inositol hexaphosphate (called IP6), which is nature’s most potent iron chelator.

A few years ago Tsuno Foods & Rice Company sponsored a worldwide symposium on the role of IP6 rice bran extract and cancer. Researchers from around the world attended and extolled its potential as a cure for cancer. [Anticancer Research 19:3633—808, 1999] Efforts by Tsuno Foods & Rice Company to educate the world about the potential anti-cancer properties of IP6 rice bran extract have been ignored by cancer treatment specialists.

Meanwhile, the Japanese people who labor at Tsuno Foods & Rice Company in Wakayama, like most Japanese, are not given to boasting. They labor dutifully without fanfare for the miraculous molecules they have extracted from rice bran. Tsuno Foods, founded in 1947 by Masaji Tsuno, is now managed by his daughter, Fumi Tsuno, an exception in the male-dominated Asian business world. They must wonder why world cancer therapists and researchers have not continued to explore the use of IP6 for cancer prevention and therapy.

About 70% of the IP6 made by Tsuno Foods and Rice Company of Wakayama, Japan, is available to chelate (attach) to iron (as well as heavy metals), which are primary growth factors for tumors. IP6 as an extract from rice bran is a far more effective anti-cancer agent than rice bran or bran cereal alone. [Vucenik I, Nutrition Cancer 28: 7—13, 1997]

The safety record of IP6 is long standing. First, it is a normal dietary component and is found in every

living cell of the body. Second, extensive studies have been conducted to confirm the lack of toxicity of IP6. In 1987 phytic acid researcher Ernst Graf reported that only 4 of 22 chelating agents studied, including IP6, block hydroxyl radical production. Only phytic acid IP6 was found to be economical, nontoxic, and effective. [Graf E, Journal Biological Chemistry 262: 11647—50, 1987]

Does it work? Case reports

Since writing a book about iron and IP6 (The Iron Time Bomb), numerous reports of dramatic cancer remissions involving this dietary supplement have been received. Some of them notably stand out.

n 80-year old man with terminal liver cancer took IP6 for a few weeks prior to a scheduled rescue procedure where an anti-tumor drug was to be injected directly into the liver. A cat scan performed just prior to the procedure revealed the liver tumor was completely necrotic — the tumor was a ball of dead cells.

A middle-aged woman whose husband worked for a prominent member of Congress, who had stage 4 breast cancer, experienced a rapid and complete remission following the consumption of IP6.

At age 70, a man was diagnosed with lung cancer. Radiologists had missed a lung tumor the size of a golf ball in an earlier x-ray. A year later it was the size of a softball. Chemotherapy reduced the tumor by 75 percent. In 1999 the man began taking IP6. By 2004 the lung tumor had completely disappeared, which was confirmed by bronchoscopy and x-ray.

A man with recurrent bladder tumors submitted to surgical removal in 1999, 2000 and 2001. He then embarked upon the use of IP6 as a dietary supplement and has not experienced a return of bladder tumors in 38 months.