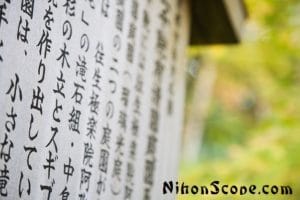 You may or may not have heard these words before, and you may or may not know what they mean. Transitive means that something is being done by someone (or something). AKA, transitive verbs are the ones that you (or someone/something else) has direct influence on. When beginning to learn a language, transitive forms are used since most people talk about things they do/ are doing or things other people are doing. Examples of transitive verbs are: I opened the door, I returned the boy home, I made the cat disappear.

Intransitive means that something happens/ed on it’s own. For example, the door opened, the boy returns home, the cat disappears.

Intransitive verbs use the particle が because there is only a subject and an outcome (verb), so basically something happened. Hajimeru 始める vs hajimaru 始まる (to begin [something] vs. [something] began), I have remembered that hajimaru is the intransitive verb which uses GA because I connected the MA to being similar to GA. Also, “I woke up” would be intransitive because it automatically happened, versus “I woke someone up” which would be transitive because you are doing an action.

I may come back to this article in the future and add some more insights once I formally learn about transitive and intransitive verbs, but for now this will do I think ^_^

I suggest you check out my Japanese Verb Conjugation post lesson here, for more on the Japanese language.