How to Understand “Japanese Sentence Structure” 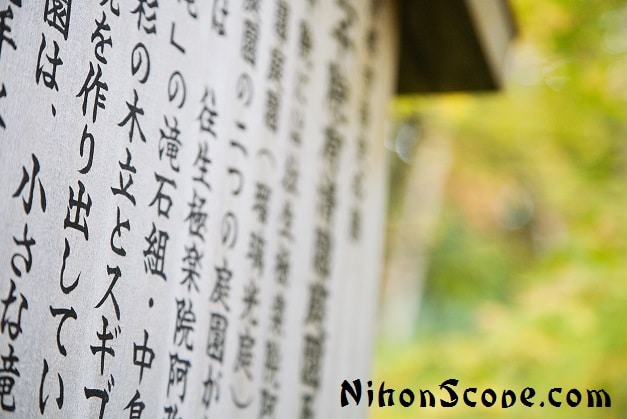 Japanese sentence structure can be confusing because in Japanese you can arrange bits of information in various orders within a sentence as long as certain words remain connected to particles. In Japanese, the subject is always either at the beginning of the sentence or is already known and is left out of the sentence. When the subject is declared at the beginning of the sentence, it is followed by either は or が or も depending on whether you are talking about something (は) or answering a question of who/what, or specifying who/what did/had/has/went/came/saw/etc (が) or if the subject also did/had/went/saw/came/etc (も).

Take the sentence: I came to Japan which in Japanese Is わたしは日本にきました。Which can also be said as 日本にきました with わたしは (the subject) omitted because if you are saying it, the fact that you are the subject is inferred. But if you want to specify who came to Japan, you would say whoever came with the particle が to emphases that it was them who came. The point of the sentence is always at the end, whether it be the verb (what is being done) or an adjective (describing the subject) or a noun (stating what something is).

Now if you wanted to add some additional information to this sentence (any of the 5W’s in English), like who you came with or how you came, or when you came, or why you came, you can include those bits of information anywhere in the sentence as long as every piece remains connected to the correct particle. For example, bits of information such as {「ひとりで」 or 「ともだちと」 or「 かぞくと」} or「(a specific date) に」「(method of transportation) で」「(explanation of why) から」can all be arranged in any order as long as the subject stays at the beginning and the point at the end.

わたし is followed by either は(if you are talking about yourself), or が(if you are the person who did/had/has/was/went/etc.), or も(if you also did/had/went/saw/came/etc.), or と(if you are talking about someone else but you were also included), or に(if you are the recipient of the verb {something was given TO you or said TO you} depending on the sentence. The noun being affected by the verb is always connected to the particle that goes with the verb. I have written a post about verbs with a section about particles used with specific verbs other than the usual verb particle を. So in this sentence 日本 and に have to remain connected, and the sentence will always end with the verb (in this case, adjectives in others). 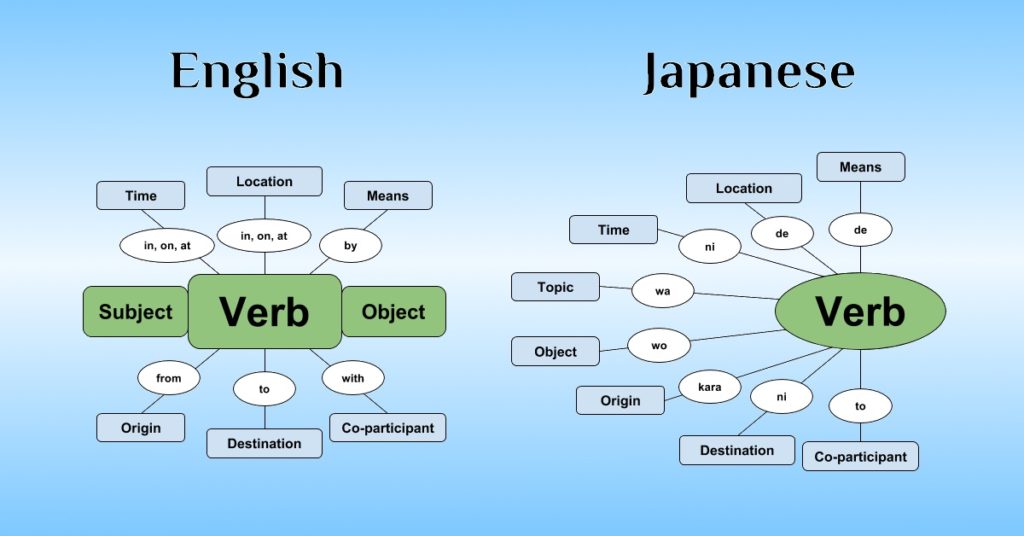 Another example of a comparison sentence using より but not のほが is when you are taking a statement and adding the fact that compared to something else, that statement remains. For example, アメリカはおおきいです。America is big. This general statement is true, and if we add the comparison of Japan for instance, the fact would remain true, so we can add 日本より before or after アメリカは. But if you put 日本より first, it then becomes the subject and therefore アメリカは would change to アメリカが because it is now being emphasized that being compared to Japan, America is what is big, or in other words it is answering the question of what is big compared to Japan. So, 日本よりアメリカがおおきいです。Or アメリカは日本よりおおきいです。