A Dream to Travel to Japan

Follow Your Dreams, They Will Take You to Japan!

Many years ago when I was back in high school and a friend introduced me to some anime. Go figure at that time everyone was nuts about DBZ, well why not right? For Americans at that time I believe it was one of the biggest gut punches for Japanese anime I think about ever in history (maybe I’m wrong?).

The Epic story, stupid filler episodes and legendary boss fights that had all of us in America hanging from our seats while we watched it through Toonami on Cartoon Network, it was truly something to behold. But before this I had an interest in this so called ‘mystic’ place called Japan and DBZ was not initially responsible, but it helped. My friend at the time bought a rouge copy of all of DB and DBZ episodes through an Ebay listing. It was all the original episodes of the series from Japan, albeit really poorly recorded episodes, at times you couldn’t see anything as the CD files were obviously copied from a VHS tape that had been watched one too many times.

While we indulged ourselves in this wonderland of super powers and glowing gold hair, we ended up attracting the attention of a woman who lived in the area next to my friend. Her name was Miko and she was a classic WWII story. Handsome strapping young naval office wooing a beautiful small town girl in Japan to come back to America and marry him. At this time she had literally lived in American since about 1950’s or so. She was very nice and spoke to us about Japan and I learned some new things about Japan from her that I was yet to be previewed to. Simple things really, like taking the bus, the trains, school systems etc. I think for the most part she had so much knowledge to pass but 95% of it never hit our brains. We did several hang out sessions with her and she ended up giving me a red book that was titled ‘Japanese Grammar’. The book looked like it had been used many many times. I think to this day it was used many times by her late husband to basically pick up chicks while on port.

From that point on I was more and more interested in learning the language. I ended up getting Rosetta Stone for Christmas or my birthday, but I honestly could never make it through the few several levels of the CD’s, although I did find a software program called Kanji Gold which I worked through for awhile, and got to the point where I could recognize 1st grade type kanji. I could never pronounce the words or get the kun or onyomi it was just that I knew what it symbolized. I felt pretty cool being in high school knowing some kanji… Look at me, I’m the biggest damn weeabo in the school. I guess you could say at a point I was pretty damn weeabo, even created the schools first anime club with my friend.

Skip ahead many years and I would still work on Rosetta Stone (up till level 2 on disk 1) and Kanji Gold at times. I’d say I’m very skilled in recognizing 1st grade kanji and knowing that the boy is on top of the airplane… or below the table thanks to these two programs. But my real understanding of Japanese really started to begin when I ran into a website called Japaneseclass.jp when I first understood that there were Hiragana and Katakana writing systems. When I learned the writing systems I really started to understand Japanese at a level I had never known before… and mind you I learned kana the crazy way (which works) by spaced recognition and writing the ‘alphabet/kana chart’ over… and over…. and over…. and over again, until I literally could NEVER not know what which character sounded like or looked like.

After that I ran into another Japanese learning site that I truly believe made the difference, and helped me really solidify wanting to live in Japan and go to school. But before I go into that, during this time I was learning to become a professional internet marketer / SEO (search engine marketer), and I was sadly living with my parents in their basement with my girlfriend (real slick right?), but we got to the point where one night we were so pissed off at living at my parents house we built a dream that night. She already knew about my desire about Japan and had (weirdly enough) wanted to learn Japanese with me (and has since then), so she was helping me and learning with me (which helps a lot!!). So we decided… Lets go to Japan to go to school! Well first we had to get the hell out of the basement, so our first real dream was to get outta there. I had always wanted to move back to Evergreen, CO… Not that I had ever had a residence there, but my grandmother when I was a child would take.. Ehm… steal me, from my parents and take me up into the beautiful mountains of Colorado. I guess that impression was grand enough to make me want to go back, so that was the first goal.

Soon after this Japanese / Evergreen goal, we had purchased a bitcoin machine, a small crappy one from butterfly labs that literally took 8 months to get to us, by the time it came and we started using it, I borrowed about $10k dollars to buy 2 huge mining machines (forget how fast – but at the time top notch for about 3 months)… we started making about $850 a day until I did our first sell off when it spiked in December that year, and that’s all she wrote, we had enough money to move off into the mountains like hermits for 2 years. So pretty much that’s where we arrive in the story where I’m writing this… actually back in the basement of my parents, waiting, for April 2017 to go to school in Fukuoka, Japan and enjoying as much of my family and the holidays as possible as we’ll be gone for 2 years (just FYI were saving up to pay for Japan in a one lump sum so not paying $1,500/m in rent helps – score for supportive parents right?).

So the big change in my learning came from a learning company called Nihongo Master, I no longer list them in my learn Japanese page any longer because honestly they’re not free and pretty much everything on there is free except where I mention a few books, Nihongo Master is kind of just a here it is, try it, if you like it, it will open up to you in all it’s glory! Is it worth it? Yeah! It is actually, especially if you’ve never really been exposed to Japanese, it will teach you Kana, Kanji, Vocab, Particles and sentence structure. Now after going through about half of Nihongo Master I had moved on to Wanikani.com <- which can be read about here. It’s more so to help you read the onyomi and kunyomi of kanji and to read vocab. It’s a site where you’re suppose to learn about 2000 kanji and 6000 vocabulary words in just over a years time. I actually really like Wanikani it’s got it’s issues but for the most part my reading ability has drastically increased. For speaking and listening Nihongo Master thus far has helped the most and I think it’s on the verge of being able to take you to JLPT 3 (JLPT is a proficiency test to judge where your Japanese speaking, reading and listening abilities are at, it starts at 5 and goes to 1). 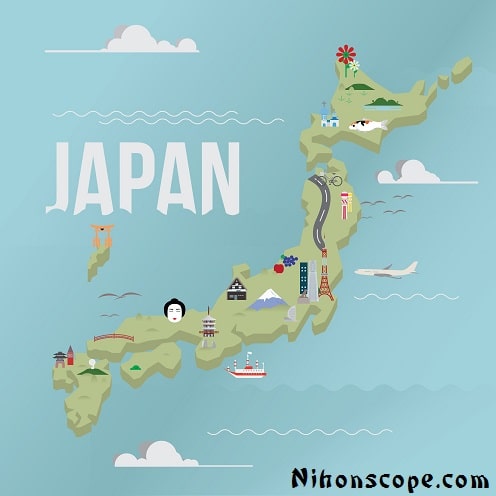 So here I am in December 2016, just got approved to Fukuoka Language school for April 2017 (Visa won’t be approved until mid February) (2018 Update: Be sure to read my review as we had trouble with that school, contact me to learn where we instead if you’re looking for a school to go to in Fukuoka). What am I looking to do now before going? First I’m tailoring down my marketing business and accepting only family based business work for about 2 years now and specific JV opportunities. I am going to still be learning new SEO and keeping up with it through my mentor group at OMG Machines, but I’m going to be focusing 50% of my work day to some kind of learning of Japanese culture or language until I go, and then when I get there it will be more like 90%, as I lied I’ll actually be taking care of smaller clients on an on going basis. — Which you can see here.

To end this, just know, if you have a drive or feeling for something you want to do in life, NEVER GIVE UP! But as I say this I know it’s easy to say this and to read it. But what does it mean? For me at least it means that if you have faith and a knowing that you can have something bigger then what you’ve been given in life thus far you will be given chances to redeem that ticket to ride that ride IF you can believe it and see it through, through the trials of fire. I’m going to be 32 years old when I finally step foot in Japan, my dream first started over 17 years ago and although not every one of those years that passed had a goal to live in Japan, it had always been there in the back of my mind.

So here it is now, I get to go to Japan with my best friend in the whole world… my wife! And we get to experience something very few people overall get to experience. Living on the other side of the world, learning an entirely new and foreign language to what I use to growing up. Perhaps it’s intimidating and a bit scary, sure, but the journey of life is only worthy of living if you happen upon these emotions at times when you’re in the driver seat of your life. If you start feeling these emotions, keep doing what you’re doing, because that’s where all the fun and growth is truly at!

Keep building yourself up and you’ll be able to accomplish anything. At this point in time we’ve been using Go Go Nihon to help through the process so it’s not so intimidating, and honestly even though we’ve at times skimmed the deadlines pretty close because of challenges getting our information together, it’s been really smooth through this company (support can take a couple days to get back to you just FYI). Life will test you, do you really want what you think you want?