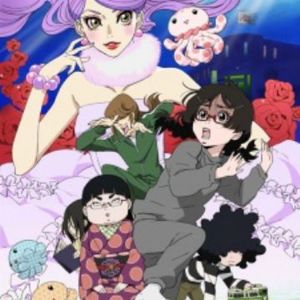 Get to Know What Onei is in Japan (Videos Below)

Princess Jellyfish is a rather down to earth anime in terms of the kinds of anime that are out there from Japan. I tend to like to watch anime that reaches more into the culture of Japan then just simple craziness (at times – B/FMA ;P). But this anime is great to watch to see a little bit more about how the Japanese think, act. But this anime peers more so into the cross dressing and gay atmosphere in Japan. Men who dress up in women’s clothes in Japan are called ‘ONEI’ (OH-NAY), in fact it’s a common practice and something you’ll quite often see if you watch Japanese television. It’s not really shunned upon either, in fact it’s said that some very influential samurai and political leaders were gay and would rather enjoy a good looking man than the women that were hanging around. So as in the past of Japan it was certain cool to swing either way, as long as you were a man. That one-sideness still exists though, there are very few open lesbians in Japan. It’s still seen that women are suppose to have a man (AKA owned). It’s the rough truth but that’s how culture of the past still affects the present! 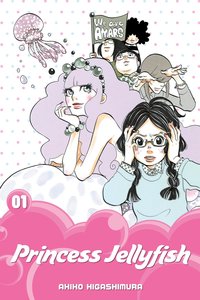 Check out the Manga here. 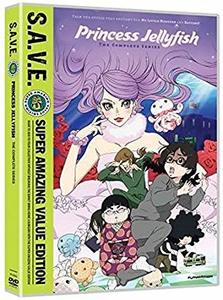 Check out the DVDs here. 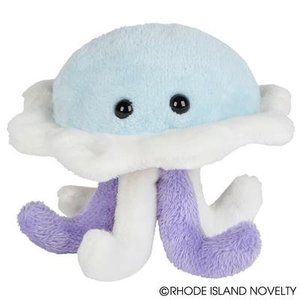 Short description of the plot: Princess Jellyfish centers around Amamizukan, an apartment building in Tokyo, where the only tenants are otaku women, and where no men are allowed. While each character has her own particular fixation, the protagonist is Tsukimi Kurashita, whose love of jellyfish stems from memories of her deceased mother taking her to an aquarium and linking the lace-like tendrils of jellyfish to the dresses of princesses. Tsukimi hopes to become an illustrator and is an awkward girl terrified of social interaction, attractive people and the prospect of formal work. The other tenants of Amamizukan are the same, being NEETs who refer to themselves as the “Amars” (nuns). Tsukimi meets the stylish Kuranosuke Koibuchi, the illegitimate son of a politician, who cross-dresses to avoid the obligations of politics and to feel closer to his mother. Tsukimi keeps the secret of his masculinity from her man-hating housemates, even as she is troubled by the intimacy of having a man in her room at times. Amamizukan’s surrounding neighborhood is under threat of redevelopment, as opportunists aim to turn the quaint area into a more cosmopolitan region, with many of the buildings being demolished to make room for hotels and shopping centers. Although Amamizukan’s tenants fear and loathe attractive people, they are helped by Kuranosuke who does not want to see Amamizukan destroyed.