Japanese Health, News in Japan, Pro's and Con's of Japan 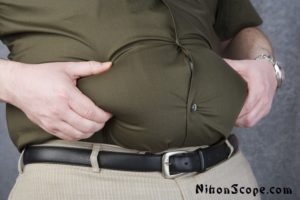 Is Being Fat in Japan Really Illegal?

So what exactly is this fat tax everyone is talking about from Japan? Is it real? Is it really illegal to be fat in Japan? Well, first off, yes it is real, there is a sort of ‘fat’ tax that is applied for those over a certain BMI/waistline in Japan (85 cm for men and 90 cm for women). But you’ll never see anyone actually arrested for being fat… Fined, absolutely, but not the individual themselves, companies are the ones who take the hit. Japan requires it’s citizens between 40 and 74 years of age to get their BMI/waistlines measured once a year, and if need be seek medical attention and counseling.

The law is actually called (get ready for it):

Otherwise known as ‘Metabo’ law, started in 2008 to combat ‘metabolic syndrome” and to curb the country’s overweight population by at least 25% by 2015. So with that said, has it worked? It has actually, it’s dropped the obese rate of Japanese people by 1% since it started.  So Japan put out all the stops to help curb any excess fat that they can from society.

But already Japan has a few things going for them that Americans simply don’t. First Japanese people already eat a diet full of fish, vegetables and rice, whereas Americans literally are loading up on ultra-processed foods 50% of the time! Second is that Japanese people by default end up having to walk much more then Americans, and are encouraged to do so. Americans simply for the most part do not have the ability to leave their house and walk into a city as many Americans live on the out skirts of cities. 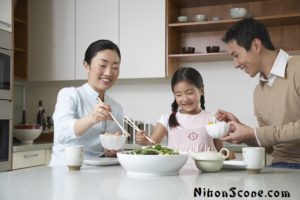 Then third the Japanese now have the Metabo law to help reinforce and help curb what they consider an epidemic of fatness! Americans, have nothing of the sort, and honestly it would be unconstitutional to do so. Instead America would be best to keep teaching individuals how to eat and what to avoid, because half of their food being eaten is absolutely trash.

So what do the stats looks like for overweight people in Japan, and did they really need to implement this law? Well the answer shouldn’t surprise you, but here are some numbers and a few facts regarding overweight people Japan vs America. 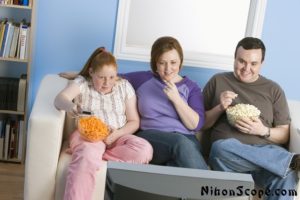 Lets look at this in the raw numbers to see how absolutely insane this really is:

So I’d say Japan is doing something right when you compare it to America right? But let’s be fair and look at the numbers if they were to have the same amount of people, but let’s look at it if America had as many people as Japan.

So as you know the law is not coming to take you to jail if you’re too fat in Japan, they’re not going to come slap handcuffs on you or force you into fat camp. Although you will be required to see a counselor and a dietician to help you curve that hefty waistline, that is if you even show up for your appointment.

So, is that it? You pretty much just get a slap on the wrist and a bit of mandatory counseling? Well, yes and no. The biggest effects from this law stem from companies who employee bigger people. The big punishments are really being felt by the companies of Japan. If they find ANY of their employees are big boned and over the limit they can be fined a fair sum of money until everyone has a come to Jesus meeting and gets a grip and slims down. Companies actually hand out ‘Metabo’ towels that have a measurement stitched into the towel so you can see if you’re gaining weight or if you’re losing it. Otherwise to basically help you remember that if you’re overweight your a burden on the companies well-being.

One fine a company was said to pay was upwards of $19,000,000 dollars! This is why you will see companies doing a set of work outs in the morning before they start work. 30 minutes of stretching they say help keep everyone a bit more fit, and they also found that it keeps their employees more focused on their tasks. But not everything is as it seems, this program that seems to have well intentions (which I agree to a point), doesn’t have everyone’s best interests. Because of this, people that are bigger are shunned and made fun of and verbally abused, and this attitude also leeches into the public and private lives as well, but besides the emotional and societal backlash, did Japan really need to enact this law? 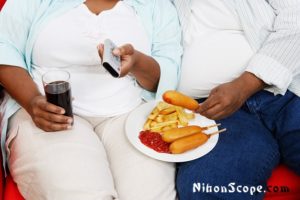 A professor at Tokai college School of Medicine, Yoichi Ogushi said that there really is no need for Japanese people to lose weight.  Yoichi Ogushi was noted saying that he does not think it will have any positive long lasting effect. He also said something like the Metabo law would work best in areas like the USA or Australia and other places that actually HAVE a weight problem. At this moment he said the Japanese people are too slender and they can’t afford to lose weight.

But on the other hand the president of the Health Policy Institute of Japan, James Kondo, believes that this law is a positive thing. He claims that the check up every years increases the public’s awareness of the health challenges that come with obesity and the metabolic syndrome.  Okay well if you agree with it or not it’s something that Japan is really doing. But there are a few criticisms and flaws of this policy that should be pointed out:

But the more I researched this subject the more I ran into a lot of research showing that men, women but mostly girls are taking this to the next level and basically starving themselves. More and more eating disorders are taking place in Japan and Metabo law has certainly not helped curb this growing challenge that is taking place in Japan. There is even stories I’m reading about where children are indoctrinated into believing eating too much can turn you into a pig, and it’s seen as heroic to not eat!

Well, perhaps at one point in Japanese history when food was a scarce thing, these kind of stories came up, and then they just got pass on down from generation to generation. But these children stories are not doing anyone any good. So there could be much more research into how deep this really goes, because as already mentioned, why not tackle childhood obesity too? Well many believe and I tend to also bend towards the idea that big pharmaceutical companies have a play in this role in this Metabo law decision. Japan has the 2nd largest pharmaceutical market in the world.

With that said the profits between 2008 a year before Metabo and 2012 show a drastic increase.

To end this endless rabbit hole of questions and points of view about this Metabo law, there was a question I had about this. What about sumo wrestlers? Are they stuck with the same law as everyone else? And the answer is, YES! They are stuck with having to give up the gut as there time arrives when they turn 40. But it’s also interesting to note that the oldest wrestler to win a top division sumo championship was 37 years of age (Kyokutenho Masaru). So the vast majority of these wrestlers will never have to worry about it. But, I wonder though about those who have to work hard to get themselves below the thresholds of the Metabo law in time, when for most of their lives they’ve been commended for being a big fat wrestler.