Learn more about Tohoku : https://tohoku-japan.jp/
Find another Japan in Tohoku. Explore the seasonal beauty of Japan’s northeast.
Turn on subtitles and the shooting location will be displayed.
字幕をONにすると、撮影地が表示されます。 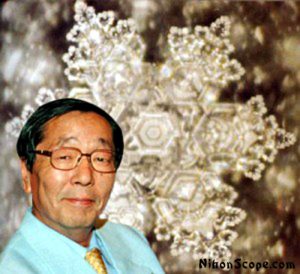 The Power of Water Can Grant Wishes

So what is this seemingly odd title to a post about Japan have to do with anything, and can anyone legitimately say that water has the capability to grant a wish? Well through out history there has been one solid substance that has held a long life of belief in it’s magical powers, and of course that substance is water. The more that you may find yourself browsing this blog, the more you’ll see that my beliefs of magic is not an illogical attitude towards the mystical, I firmly hold my beliefs of magic and attraction to a level of science as well.

So how can I say that water has assisted me in attracting myself to Japan? Well the answer to that lies in vibrational resonance. What do I mean by that? To easily explain what I mean, it’s a feeling and if you believe it or not (right now), I can prove to you that feelings and beliefs can be harnessed into a physical geometrical shape and, I can prove it to you… With Science that it’s true!!! Woah!

So let me quickly introduce you to a man who studied this REAL scientifically proven research that feelings can be injected into water. His name is Masaru Emoto and he is the author of “Hidden Messages in Water” (which you can view a book that refines the research even further here in a book called “The Water Code”). This man found that water from certain dams and places around the world have different geometric shapes that come with them naturally, but more importantly he found that these geometrical shapes that can be seen in water can be changed. They can be changed by feelings.

This is a clip from “What the Bleep Do We Know?” but I find this is the best way to get a grasp of what I’m speaking about here. So how exactly is one to use this knowledge for their own benefit? Well consider this, if you were to tape a word say ‘love’ to a bottle of water it’s going to create a shape/feeling based around a true geometrical design, that is attuned to your feeling towards that specific word(s). So when you drink the water you are in sense drinking a vibrational resonance and just like a tuning fork, your own bodies water will begin to ring the same vibration outwards. For those who know the idea of what the ‘Laws of Attraction’ are you will quickly see you are priming your own pump to receive the vibrational energy you’ve put inside your body to come to you over time consistently.

I highly suggest learning more about the concept of Law of Attraction as it’s continuing to plow through conventional science and proving itself to be more and more a reality of those with consciousness (with a lot of teachings throughout history in major religions). Watch the video below for a brief explanation of what it is, as it will help you see how this energy turns into granting wishes. This is actually one of my mentors for spirituality and business, Bob Proctor!

So to carry on, how did I use water to attract myself to going to Japan? Easy! I simply wrote down words and taped it to my water bottle (of course that’s not all I still needed to act!). I added, health, love and Japan. I also added it to my tea pot. Although by the science it’s triggering the vibrational energy throughout my water, it also triggers my consciousness to think about it when I see those words, which also increases the magic/science behind this life hack. So if you’re looking for something in your life… be grateful, stay in love, know there is more to this life then just the black and white, the good and the bad. It’s all based off of you and what you believe. So knowing that there are ways to manipulate in a good way your reality take advantage of it, push forward, believe that magic is true (because science confirms it!) and don’t live a bland ordinary life based of what people say you can do or not! 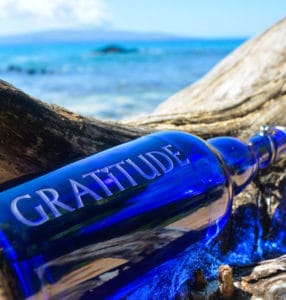 Never stop believing in yourself, never stop pushing forward towards your dreams. The world is better off having you reach your dreams. If that dream is going to Japan, people depend on you to see that dreams do come true, no matter what the resistance! With that, this is my magic life hack that I can honestly say does make a difference, and it’s so easy to do… you can even be lazy and get a cool looking engraved water bottle from these guys “Blue Bottle Love“.

So to finish this off, start to watch your words, because they truly do affect your life. All religions have stated this as something be aware of. My mentor for the past Kevin Trudeau told me to read a few books based around this idea/fact.

These books are mostly Christian based but it couldn’t be clearer, believe in yourself as that’s where the first part of this comes from. You can read about how I came about wanting to go to Japan by reading this page which will then also lead to my acceptance to go to Japan in April of 2017 (confirmed).

Life is too fun, knowing how to play makes a difference for yourself and everyone around you. This is the best piece of advice I can give anyone entering into 2017 and beyond to accomplish their dreams and goals.

PS: There is a really amazing healing water located in the mountains of Colorado. I’ve actually drank this water before. It comes from a guy that bought a home in the back areas of Blackhawk Colorado. He ended up getting his water tested, and found that it’s the cleanest water possibly in the world! I had a infected tooth around the time I was first exposed to this water and when I drank his water it actually numbed my tooth making it feel 95% better for a short time (I’d swear it had drugs in it… it doesn’t just FYI)! I thought it was just water in general until I drank some well water from a friend and found it didn’t do the same thing, I spoke to him about this and he had the very same thing happen to him to confirm it was for real!

You can view more about his water at Uncle Charlies Ranch <- (you can actually buy some! – not affiliated)

Another interesting note is that after the Tsunami in 2011 I decided to change from going to school in Sendai to Kumamoto. We found that Kumamoto has some of the cleanest water in Japan being pumped through their shiritsu! (city). Although we ended up wanting to go to Fukuoka after thinking about it a bit further as we have some friends and clients in the city and Kumamoto is place better to go to after learning the language a bit further. They only had the YMCA there to teach Japanese and we wanted a few more option as well as an opportunity to gain our associates degree in Japanese! (SCORE!)